Luna Summit- The Kick Start to My Season 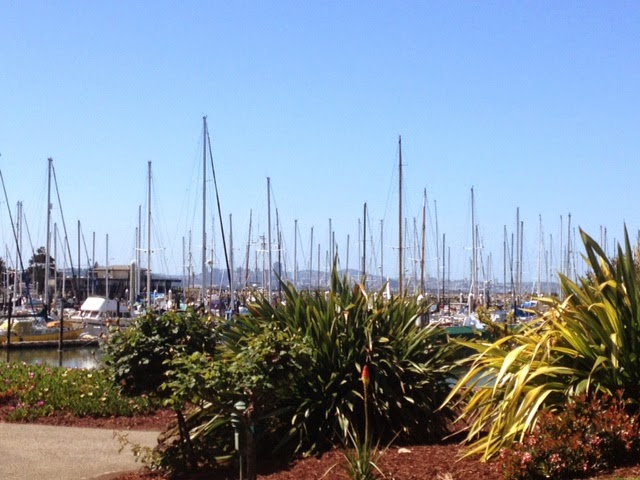 As you can probably tell by the lack of blogs and the most recent post. I was looking for some motivation to get going this season. I had been to Team Luna Chix summit 2 years ago. For those of you that don't know I am a Boston Run Team member of Team Luna Chix. We are the ambassadors of the brand, coach women to get out there and run, and raise money for the Breast Cancer Fund. Every year Luna hosts us in Berkley CA for their summit. We fly out there and spend the weekend with the Pro and sponsored athletes and get to train right along side them for the weekend. 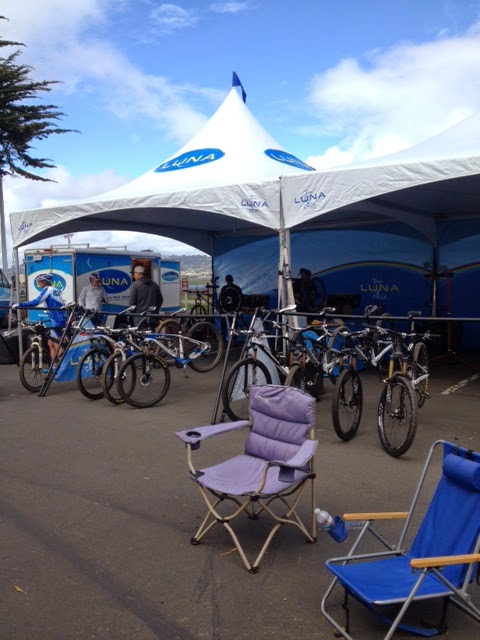 I have a lot of friends on twitter and such that are athletes that train and race. But this was having all of them in one place. The food was all up to dietary restrictions, the talk was all about training and racing and the fun was focused on being active. I landed Friday and scooted out to the hotel. Upon check in we received our Team Luna Chix kits- running shirt, running singlet, running shorts, socks, running jacket, long sleeve shirt and arm sleeves. We even received a special Luna charm and road ID gift card.

We rushed to change so we could join the run with the pros on Friday afternoon. I was so looking forward to that after being stuck on a plane for 6+hours. It started to drizzle and get windy as we ran around the Marina but we got in a good 3.6mi run. I ran and chatted with one of the new sponsored athletes and some team members from other towns. Got to meet Kara, one of the new Luna Sponsored athletes and chatted tri. After the run it was time to get ready for Friday night at Clif. They had an 80s party planned this year. It was awesome how ALL out everyone went with their 80s costumes. Here are some of the pictures: 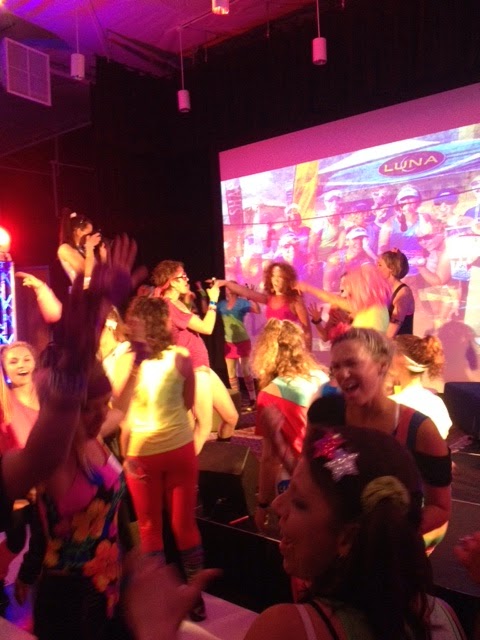 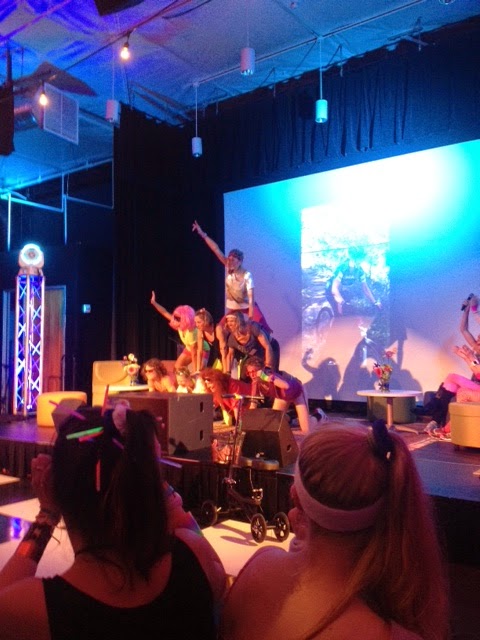 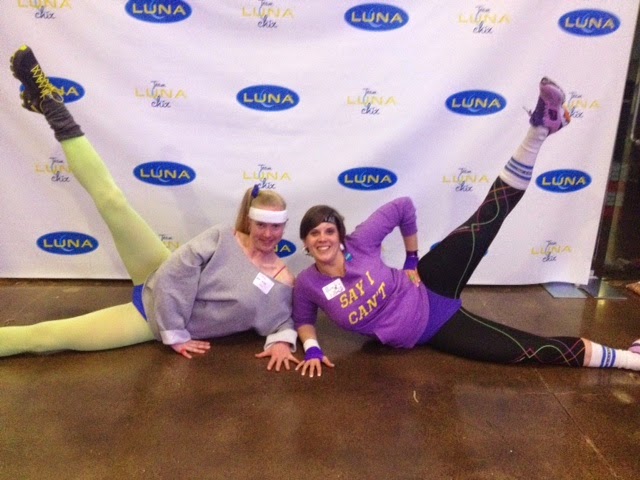 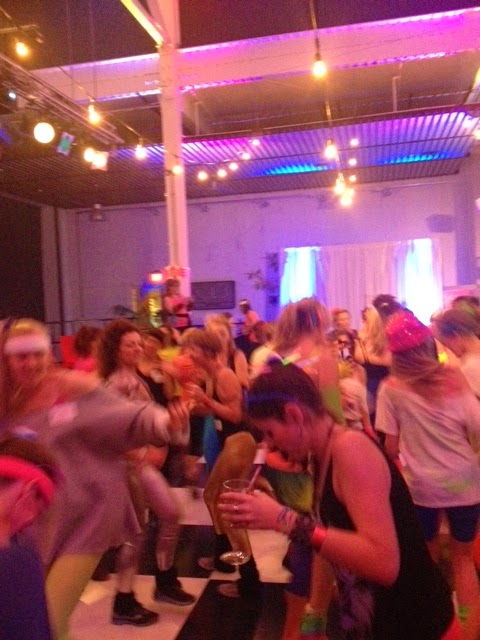 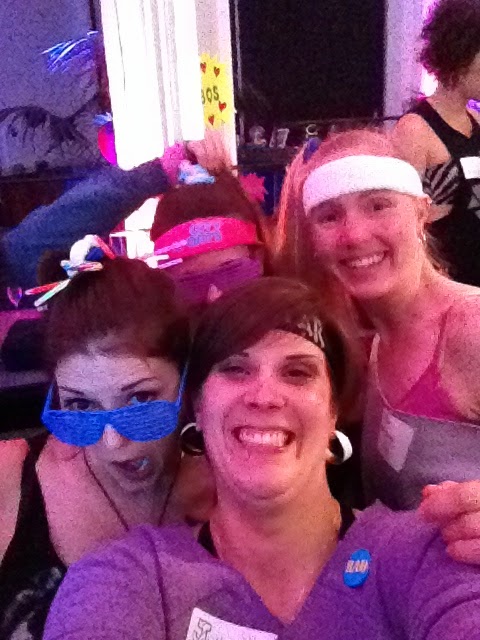 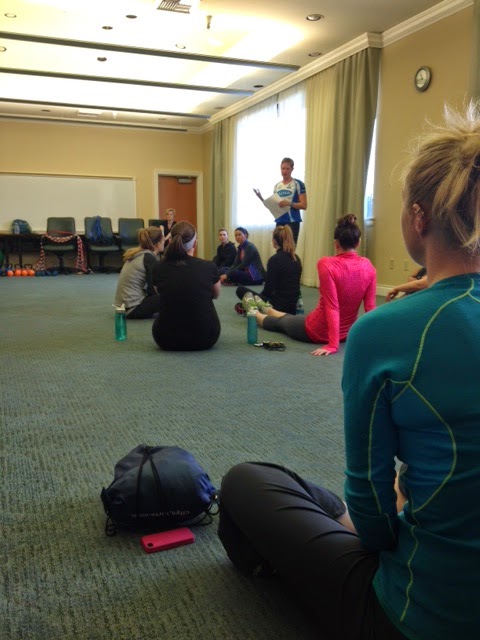 After a night filled with dancing and fun after getting up at 4am for my flight I slept hard. Got up early with my room mate for the trip and Boston Run Teammate Lisa and hit up strength training class. We learned from Luna Pro Suzie Snyder, about different circuits with mostly body weight. And even ended with a quick HIIT circuit. I can't wait to get a hold of the notes and pictures for this one! 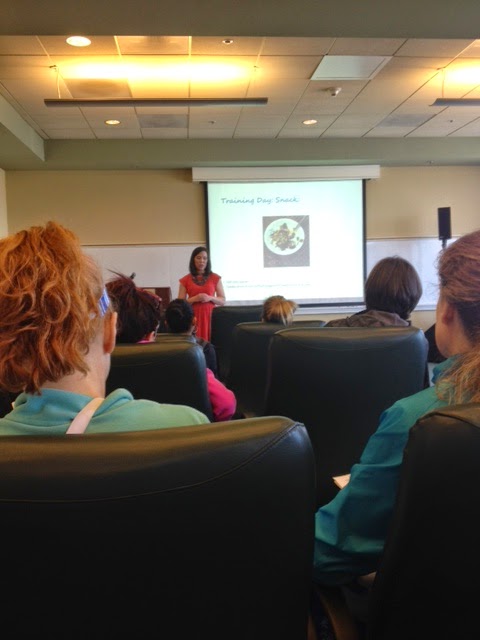 Finally we got some breakfast and had some great talks from Luna about product plans and nutrition advice. I then went to the sports nutrition clinic. More on this one another time! Taught by Sarah Jane from Self Magazine 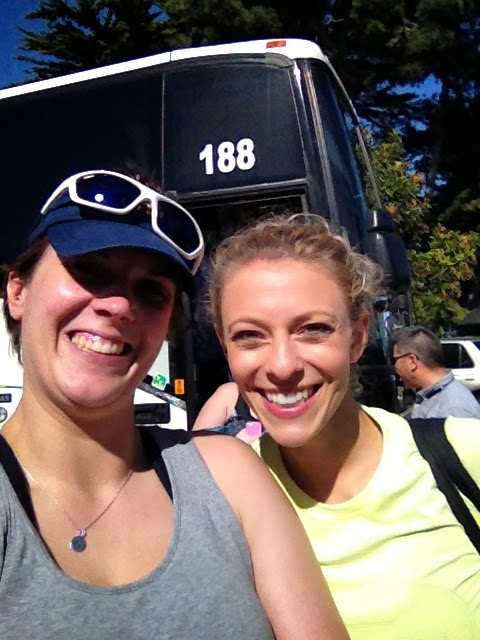 Following the clinic we went into our sport specific talks. Since I am on the run team we had a run clinic. Ours was with former Ironman and Luna Pro Terra Castro. She is now a Luna Sponsored athlete and a coach for cross country and triathlon. She taught us all about the skills we can offer to participants of the Luna runs. And what we all needed to realize that after years of running we can offer our tricks of the trade. What we do that helps us with running. Then we headed to the track. I have never done a real LEGIT track workout. I know I know- I should! It was awesome. I even chatted with http://kineticfix.com/ about her upcoming Tri as we did the warm up. Come to find out she works with Sweat Pink- small world!? 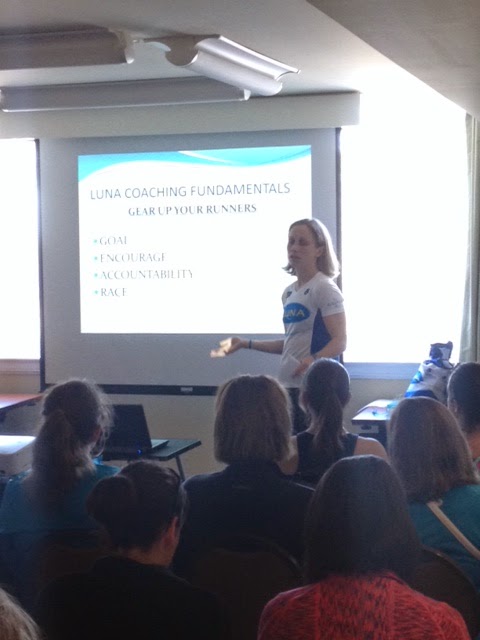 As we got going on the track workout- I looked at what my 400 times should be and pushed myself up to the group that was running the sub 25min 5k'ers. Why not right?! I am close! I was happy my 400 times were way faster than the 2min I was supposed to do. Terra and the other Pro Luna members were cheering us all on. The 19 min 5k girls were flying with me bringing up the rear but it felt great to push. I haven't done much out of my comfort zone in a while. I even got a motherly talking to from Suzie about how one of my runs a week should be a track workout. The motherly talk even included the stink eye! haha :)

It was so nice to be in an supportive atmosphere to attempt something outside my comfort zone. I am not usually one for the "yaya sisterhood traveling pants" of women's events. I am an engineer. I work with mostly men. I am generally the only women in my meetings at work. I went to a school that was 80% male and I was sometimes the only woman in my class. I have gotten used to having that testosterone around. Don't get me wrong I am not afraid of it. But it was kind of nice to be in a place where you could put your guard down a bit. I am not one that needs an all women's gym to get the job done. But it was nice when I went to push myself at the track to have a supportive group of women who went "Sure go for it!" 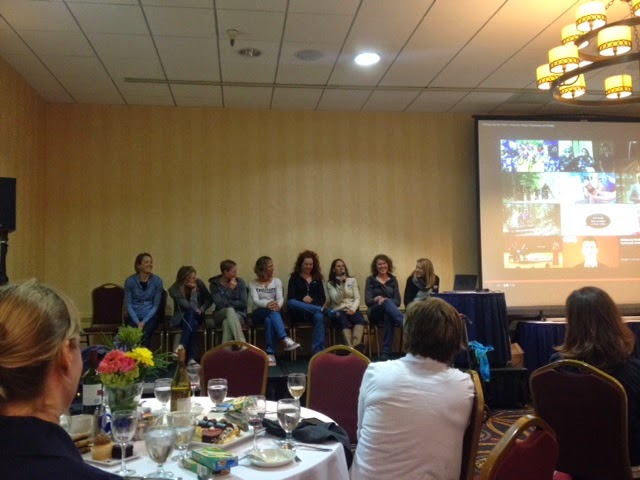 Saturday night we heard the stories of the pros and sponsored athletes and some of the team members from across the country. We got a great talk from the president of the Breast Cancer Fund. 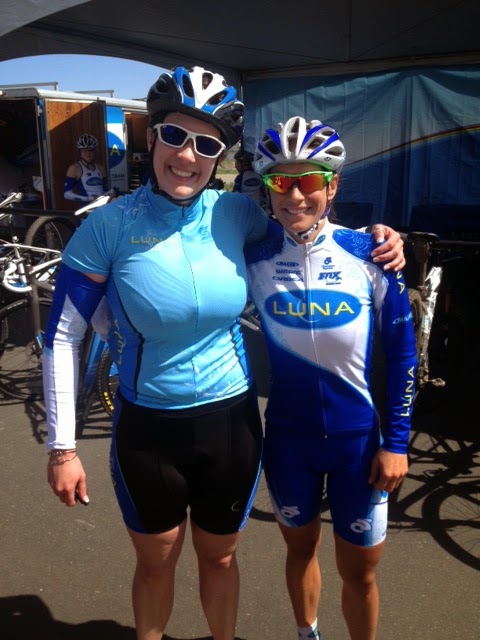 Sunday was back to the training. I got up early to do a 3 hour ride through the hills. I was so excited to get out on the bike. I hadn't been out in sun and on the bike since the fall. I found a new friend on the Seattle Tri team. She is a swim coach too. So we rode talked swim coaching, tri racing, and everything in between. I really enjoyed the views. I even got to talk with the Luna Pro Katerina Nash, who was leading our group. I talked to her about her season her plans for this year and even tried to convince her to hire me as her gopher or chef so I didn't have to go home! 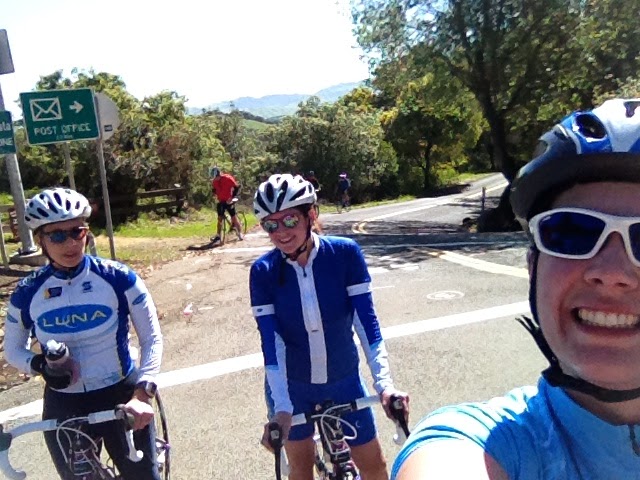 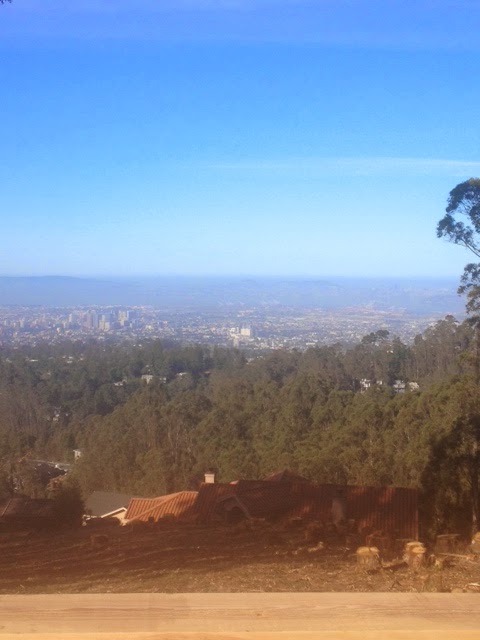 The weekend was like taking all my friends from twitter and blog universe and putting them all in a room to hang out and train together. It was really awesome to have like minded people to train with and talk with. To sit down to eat a meal and not have people asking why you aren't eating something but rather see what other people's dietary restrictions were to maybe better understand your own digestion issues. I decided this year when I was going to go to Summit I was going to make the best of every moment of it. I was going to talk to every Pro I could. I was going to listen to other people's stories and tell my stories. I have never been in an environment that I so quickly felt completely accepted and welcomed. This was truly being in my element. It was being put in that bubble for a little while surrounded by athletes and people that think and train like you. No one who thinks you are crazy for wanting to do extra miles after a track workout. They just go "I think I'll join you!"

Posted by DoubleDathlete at 12:44 PM