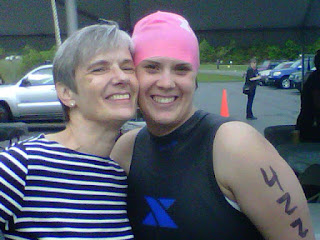 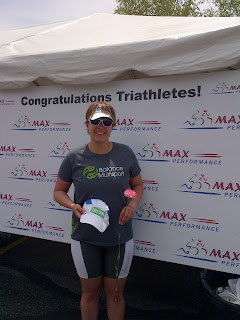 All in all the final 1:20:24. Enough to earn me 3rd in the Athena's- only 12 seconds away from 2nd! YAY! Not bad considering I don't train for short distances! I really feel like I have become more of an endurance athlete than the short distance athlete needed for the sprint! Well have another sprint in July we will see how that one goes :)

Posted by DoubleDathlete at 7:48 AM