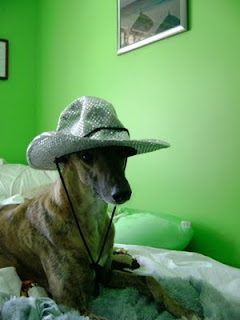 I returned from Aruba on 11 Aug. and jumped back into work and my routine quickly. Friday was supposed to be another brick of bike run but my trainer and I had decided that I would do a practice triathlon at some point before my actual race.It made the most sense to do it right after vacation since it fell about in the middle of my training. So Friday's brick turned into a morning run just to get out there on pavement again, and to keep my dog, Ben at bay. Since he is a retired racer he needs to run. We did a couple miles, at a 9:24 min mile pace. My tri training is increasing my running pace.

So Saturday I got up early to get my practice triathlon out of the way. It was going to be a hot day and I wanted to get it done before noon. I went and picked up my bike and met my mom at the lake in my hometown. Figured I knew the area and my mom did too so it would be easy for me to pick routes that she would know for the bike/run. I set up my transition at the truck. My goal wasn't to rush through this whole practice triathlon. It was to just prove to myself I could do all three together. I also wanted to get a feel for the whole thing, transitions what does and doesn't work and what I need to make sure I do and don't do race day. That being said- I was really nervous. I didn't know if this was going to prove to me that I couldn't do the triathlon I signed up for, I hoped not!

I got in the lake and swam for 5 min. That is about how long it would take me to swim the 450yds I have to do for the triathlon, since I had no way to measure that out. I have to say my nerves calmed down as soon as I was done with the swim. Luckily the part that I am best at is the first part of the race! Mom and I walked to the truck and I got into my bike clothes, ate a couple powerbar gelblasts before hoping on the bike. They actually aren't too bad, kinda candy like. I chugged some water at T1 too.

I had mixed a Puresport shake for my bike and had that for the ride. I went out in the loop I told my mom I was heading out for. It ended up being shorter than the one in my triathlon, 4.7 miles as opposed to the 5.5 miles of the triathlon. I also rode on the road as opposed to a trail ride. I didn't know anywhere around the lake that was trails so eh you do what you can!

I came in for T2 at the truck. I had a powerbar gel and some more water- I now know no gels pre run- didn't sit well. Put on all my run gear and headed out. I wanted to do about 2 miles. My triathlon is 2.3 miles trial run so I figured 2 would give me a feel. My legs felt like lead under me. I pushed up the hill out of the driveway to the lake. Another bad choice on location, the lake has a huge hill at the entrance. My calfs hurt and my quads were burning but I kept moving. It was a slow run. 10 min miles. I figure not too bad though after swimming and biking. Well the route I told my mom was short of 2 miles but I had a fear if I went somewhere else something would happen and she wouldn't be able to find me.

Well- I finished it in about 50 minutes: 5 minutes (approx 500 yds) of swimming, 4.7 mile bike, 1.7 mile run. I survived! It proved to me I would be able to survive the actual triathlon. My mom was a great coach she was all proud of after I finished. I took her home and then went to return my bike. When I arrived at Dutch and Robin's house my shoulders started throbbing! I knew I had been swimming too much. Well it caught up with me. I laid on the floor icing my shoulders for a while.

I need to cut some of the swimming out of my training. Swimming is the piece of this triathlon I really don't have to train too much. And my shoulder won't let me do too much. It is an old injury from my swimming career. I started swimming competitively at age 6 and didn't stop until I was 20- when my shoulder pain and college life got in the way. I swam year round for most of my life and was a freestyle and backstroke sprinter, so my shoulders don't do well with overhead use repeately anymore.

I have realized that my tri training plan has a large emphasis on swimming, since most triathletes are not swimmers first. I need to focus more on my biking and running and bricks of those two together. So from now on that will be my main focus with a few swim workouts thrown in to help balance my training and stretch me out.

Posted by DoubleDathlete at 12:31 PM